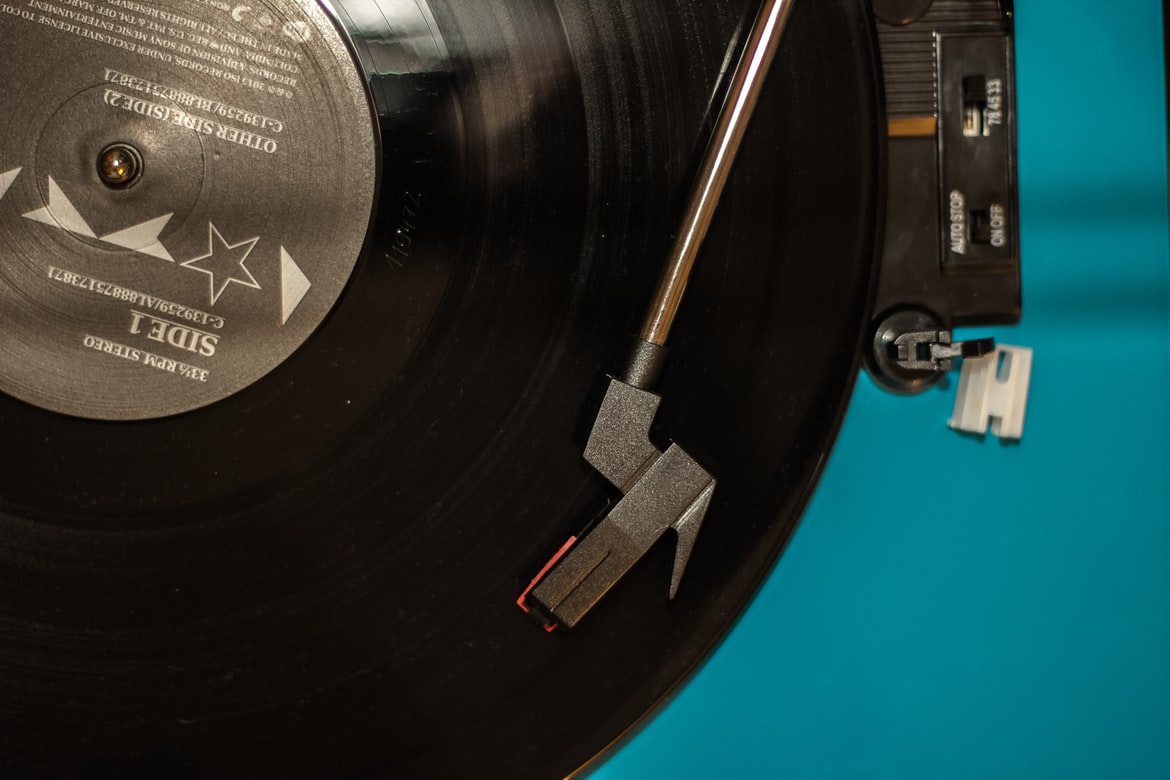 It was a sort of longing:
a piercing, soulful arc rising from a warm melody, dancing through the air like a ballerina upon  the stage, twirling and spinning, flowing through your imagination. Calling from the  background, those plaintive notes demanded to be heard. Remembered. And while they refused  to imitate our language, you’d be wrong to think they had nothing to say. A history of sorrow  and love and hope spilled from those wood-veneer speakers, and by the swinging trees and that  darkness, all those memories moved closer and closer: the dusty, dusky back roads of Arkansas;  the African finger piano of the Guinean ballet; the gospels coming in through the Southern  Oaks and spreading over the fields.

I picked up the album cover from the coffee table and stared at it. A black man leaning  over a trumpet, dreaming of a Kind of Blue.

Do you remember where you first listened, and I mean really listened, to music? I picture  the living room of my childhood home. It’s a late summer afternoon. One of those days when  the world sags with a heavy heat that clings to just about everything. My father sits in his  leather chair, embalmed in sweat and smoke. Street noises spill through our stained shutters.  I’m lying on the rug, seven years old, watching the blades of the ceiling fan turn around and  around, their bourdon shadows cutting my face to pulsating rhythms.

It was part of the routine: everyday my father would choose a record from the black crate  by his desk; gently remove the vinyl from its paper sleeve and delicately place it onto our pink  and grey Dansette turntable; lift the needle onto the spiral groove and bask in the sweet  melodies of Frank Sinatra, Benny Goodman and Buddy Holly; Louis Armstrong and Ella  Fitzgerald; Bird, Tatum and the Prince of Darkness himself – Miles Davis.

He’d bought the record down at Blue Eyes. Covered in newspaper clippings and posters,  the front of the shop stood out from the typical Bed-Stuy cafés and furniture showrooms lining  the street. Neighbours often complained about the provocative titles, “Malcolm and the  Nation!”, “Rookie Clay takes down Hunsaker”, “Castro’s Bandits”, and so on. But it was the  60s, so what did they expect? Inside it was all about the music, and all the talk was of blues and greens. People crowded that two-by-two listening booth for hours to watch those sounds  paint across an invisible canvas: swirls and curlicues, strokes of white followed by red dots,  black lines and purple jags. And when they came out of that booth, they seemed different.  “Changed” was the word my father used, like that wistful call by the King of Soul. He told me  how colours seemed brighter than before, smells almost stronger; everything you touched  suddenly felt alive. You’d look around at a new world, as if an eternal curtain were drawn back,  the dust wiped from the window, to reveal all that idle beauty: autumn leaves raining in seas  of orange, songs of birdland in the summertime, the indigo mood as day turns to night. “Listen,”  he said, hoping I would share in his revelation.

Benny Tyner, the owner of Blue Eyes, made so much dough that year that he could finally  afford to move over to Leimanns, a suburb where smooth women and all-too-busy men strolled  the streets as blue notes rose from the underground. To celebrate, Benny treated himself to a  night at the Palace and cashed in big before losing all his chips – that were never really his to  begin with – to a string of unlucky rolls. A couple of months later, Blue Eyes would go under,  and a laundromat would replace its collection of musical nodes: tumble dryers for turntables,  benches for burgundy couches, and Korean proverbs for the lingo of the urban youth. “Race  and Real-estate: The End of Black Brooklyn” – I read that online recently.

My father had always wanted to take me to Blue Eyes. I’d always resisted. I thought I had  no ear for music back then. It was all noise to me, just a series of notes seemingly plucked in a  non-sequence. I know he was disappointed, but it wasn’t my fault. At least that’s what I told  myself.

“Listen to the bass, hear it walkin’! And the Sax. O it’s just honey, warm honey. And those  keys, don’t they just make you want to do something sad,” he laughed as we drove in his new  Chevrolet Corvair towards that old redbrick music building. I remember staring at the clouds,  not yet tall enough to see over the car dashboard. After parking the car, we’d walk to that big  room with the piano in the corner. Now, down the corridor of memory, I see those moments  coalesce in a fractured mosaic, of small hands splayed across the black and white ivories of a  cheap Yamaha upright, yellow windows misted over with a pale glaze, and the teacher’s ashy  breath pulsating against the back of my neck.

The piano tutor had a fiery tongue that collided with her shrunken stature. “We’re gonna’  play up an’ down the scale. One finga’ at a time,” she would wail in a whisper. They say the  first touch of an instrument is where your passion is ignited, but I don’t feel much wistful  melancholy recalling that mechanical practice. I wonder how Cristofori, the father of the piano,  felt when he first played his creation. Did knowing all its intricacies – weight applied to keys  releasing hammers onto metal strings – detract from the mysterious allure?

But when it came to those afternoons at home, I hadn’t listened. I didn’t want to listen,  and my father knew it. That’s why he sat me down every afternoon. And because I’d become  so attuned to the routine, I stopped fighting all those expectations. “So, what do you think?”  my father had said, his voice cutting through the thick smoke that curled around his head. I  recall sitting there dumbly, swallowed by an ineffable silence, the black hole with teeth.

My father died last week. Well, he really died three decades ago, but it felt like last week  when that melody sung through my dreams last night. I put the work on repeat when I woke  up, just so I don’t lose the memory. Memories disappear so fast these days. After my father  died, it took a whole night before they found him. He was in his car, stationed off Interstate 86;  an old man leaning over the steering wheel, dreaming of nothing. The cyclists who passed him  assumed he was just taking a nap, listening to the tape of Miles Davis’ Blue in Green still  playing in the car. They’d knocked on the window to tell him the engine was running. The  news took several days to reach us in Australia, and when it did, I remember my mother’s call  and the crying. She told me he died of a heart attack. I’m not overly morbid, but I do often  wonder what happened when he died. I imagine him under the blue neon streetlight, gasping  for breath to the lowly wail of a trumpet, his body seizing then releasing with the piano’s sultry  cadence, his heart slowing then coming to a standstill, as the bass falls silent.

Liam Keller currently lives in Winnipeg, Manitoba. He is a part-time law student and works at a pet grooming and boarding facility, writing in his spare time. He began writing during his undergraduate studies in Toronto, pursuing it more seriously over the past year, during the pandemic.